2017 was a great first year for Ride Far. When transforming the Unofficial Transcontinental Race Advice website that I created in late 2015 into a more general site on ultra-distance cycling in late 2016, I never imagined that there would be over 100,000 separate visits from 40,000 different individuals and 300,000 page views during the first year of Ride Far. Thank you!

Below I summarize some of the year’s highlights, give links to new pages and key blog posts and I announce what is planned for the future, including Ride Far – The Book. 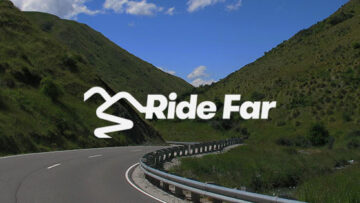 The Ride Far Blog didn’t exist on the previous version of the site. I’ve now written 25 blog posts, the most popular of which was on the largely-ignored topic of crank length. That had more than twice as many views as the second-most viewed post, the preview of the 2017 Transcontinental Race.

I recently added a page about the History of Bikepacking Races in the Race Info section, which starts from the birth of bike racing in the late 1800s, then moving on to the first bikepacking race being held in 2004, the Great Divide Race (the precursor to the Tour Divide) and beyond. 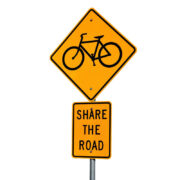 The lowlight of this year was the tragic loss of Mike Hall, whose influence on unsupported bike racing cannot be underestimated. I wrote a lengthy post about Mike and the legacy that he leaves: A tribute to Mike Hall: Legend & leader. There’s no question that without him, the Ride Far website would not exist. Thanks for everything, Mike, you will be missed, but your influence and spirit lives on in many ways.

We lost two other participants in unsupported races this year, which was part of the inspiration for adding a major new section to Ride Far on Rider Health & Safety. The section not only includes advice about safety equipment and types of bike crashes, but also an attempt to calculate the risks involved in cycling in general and doing ultra-distance events on open roads in particular and how the risk compares to other activities.

Towards the end of the year, I launched the new Ride Far logo and made site navigation far more visual. This involved adding thumbnail images to every page and using those as the main links in the index pages (e.g., see the new version of the Homepage). I did some re-organization and other tweaks at the same time to further improve the user experience and navigation and to make it easier for search engines to find and categorize the content. Let me know if you have any feedback about these changes.

I also added Google AdSense advertising to see if I can generate a bit of revenue from the site. Unfortunately, it seems that my site content is far too good so no-one wants to click on any of the ads and the revenue is far lower than expected given the number of views. I’ll therefore be revising this strategy in the near future. Please visit the Contact page if you want to know how you can support the site by using the affiliate links or giving a direct donation.

I’ve started to publish dedicated product reviews on the Ride Far blog (e.g., the new Garmin Edge 1030). I recently received some complimentary products in exchange for publishing a review for the first time, so watch out for my experience with some products from RedShift Sports soon. Don’t worry, my reviews will remain as honest and unbiased as always regardless of how I obtain the products.

I plan to write a book based on the content of Ride Far. I won’t have a regular job for the next couple of months, so I should have time to start working on it, but it’ll take much longer than that. I haven’t yet decided whether the book will be in electronic format only or if there will also be a printed version, plus there are a LOT of other logistical things to work out.

I’d prefer to not work with a publishing company because for me having complete control over the project is more important than maximizing profits or distribution options. However, I plan to involve some experts to assist with some of the content and some of the logistics. I’ll make further announcements when I have a clearer idea of the details and a tentative schedule.

My Year on the Bike

After doing the Transcontinental Race in each of the previous 3 years, I didn’t do any self-supported races in 2017. Instead, I became obsessed with riding through every piece of the map in my part of Switzerland and the surrounding countries, as defined by the Explorer score on VeloViewer.

My best trip of the year was inspired by this and wanting to get my tile cluster to reach Italy by riding lots of gravel roads in the Savoie region of France. My blog post includes a video using the best footage from my action camera, of which I’m rather proud: Exploring the French Alps: Haute Savoie & Savoie.

I did participate in one race this year, the Maratona dles Dolomites, which was a fantastic event. My friend (and TCR veteran) Alain Rumpf organized entries for my wife and I through his bike tour company Grand Tours Project. In 2018, I’ll be doing some work as a guide for them, including an exciting project that we’ll be announcing soon.

My race goal for 2018 is the TransAtlantic Way, which mostly follows Ireland’s Atlantic coast for about 2500 km. I’ve been told to expect lots of wind, rain, short, steep climbs, fantastic views and wonderful people.

Thanks for reading and have a great 2018!